Welcome to 8 Questions with……

Whew,it’s been a while since I have since I done a written interview here on my blog.
When I approached actress/acting coach Kari Nissena about doing this interview,I was pleasantly surprised that she requested it be done via print and I had no problem with that.
Of course it has taken 5 days for me to finish this interview and post it but trust me,when you meet Kari,it will be worth the read to see how she approaches her craft and uses her skills to help other actors beome better performers. So on that note,allow me to step aside and let Kari answer her 8 Questions!!

I’m an Actress, Producer, Business Coach for Actors and founder of Actor Transformation. As a coach that helps actors with the business side of…

Its been hot as blazes here in SE Michigan this week. The cheetah and myself have been doing some yard work,okay…I have been doing the yard work and Paladin has been supervising through the patio door. He is a bit upset that the last two films we have watched have either scared him or made him toss up his treats.
So when I told him we would watch a great western,he was a little wary….we watched his namesake in “Have Gun,Will Travel” but he also endured 20 minutes of Kevin Sorbo’s “Jesse James: Lawman” which was beyond terrible.
To calm his fears,I told I had snagged a copy of 1982’s “The Shadow Riders”while hunting at Disc Replay. I told him it had Sam Elliott and Tom Selleck and that was good enough for him.

So why are we reviewing a 35 year old TV movie? Because its…

At the start of the week,an announcement came out that Universal Studios and Blumhouse are to team up and re-launch the Dark Universe that was conceived and launched in 2014 with Luke Evans starring in “Dracula Untold”.
Produced for 70 million,”Dracula Untold” made over 215 million dollars at the box office and seem to indicate that the Dark Universe could have a bright future. This led Universal to make a bold move by casting Tom Cruise and Russell Crowe in “The Mummy” remake in 2017. Expecting a massive breakout hit,”The Mummy” instead bombed at the theater and received poor reviews and just like that,the Dark Universe concept was dead.
About three weeks ago,I asked several film bloggers and film buffs to come together and offer their perspective on why “The Mummy” failed and how should have Universal proceeded in launching their franchise. Of course I had…

Welcome to another edition of 8 Questions With……
As many of you know,music is part of my heart. I spent over 10 years booking shows in San Jose,Calif before moving to Michigan. I love a good hard working singer who has a strong voice. Which it made it very easy to me when once again Stephen Foster suggested I talk with Karen Volpe,a talented artist who is based in Los Angeles. It takes a lot of guts and daring to play country music in what many people consider to be a rock and punk rock hotbed. To carve a trail through that and land a following that includes superstar Lyle Lovett on your Instagram speaks quite loudly about how good Karen really is as a artist.  When I asked her if she would like to talk,despite her busy schedule,she graciously said “Yes,I would love to answer 8…

Earlier this year I got a ping from film director Darren James King who shared with me that he was filming a new film. Of course this was happy news to me because Darren is a super talented filmmaker and his films are always very strong.
He shared that this project was going to be a feature length film and I asked him to keep me in the loop and of whch he graciously did. While he couldn’t share plot details,he did say it was going to be a drama this time out. Now films take time to make already but toss in a pandemic and making a feature film because even more difficult.
But Darren and his loyal and dedicated crew and actors pushed through and have produced a superb gritty drama in “April”.

Bringing attention to the growing problem of grooming young…

After our debut show of IFC Midnight Knights,the selection of the new film fell to me. Now while Night had picked “A Dark Song” for his pick,I decided to select another film I have covered and talked about quite a bit in “The Devil’s Doorway”.
Now I have reviewed the film here and interviewed the film’s co-writer and director Aislinn Clarke for “8 Questions with” here on the blog but getting a chance to share it before an new audience,it was a no brainer in selecting it. 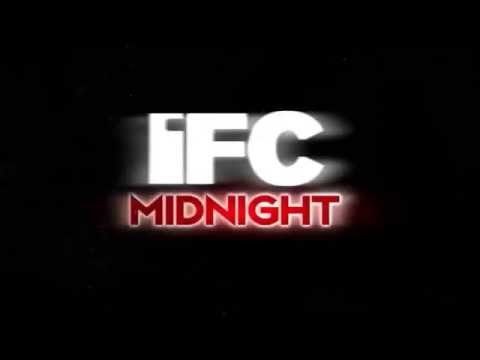 For the rest of my fellow Knights,this was their first time watching it and I was really excited to see what their reactions would be. Believe me,with the way you all know that I champion IFC Films/IFC Midnight movies,I felt the pressure to deliver a strong movie but since I already knew how good “The…

Good morning from the cheetah and I and welcome to an another edition of “8 Questions with…..”.
As some of you may know,I have moved my interview series to my YouTube channel..I made the move about 4 months ago and it has gone pretty well. Each month has gotten more and more traffic and I am starting to land some of the same level of guests as I had here. In fact I have interviewed quite a few of the same folks here on the blog,its been a lot of fun to actually chat with them live.
For our second interview,I reached out to Kevin Kaye who runs the TuberChat YouTube channel. His channel is designed to help small channels like myself grow by meeting fellow creators and supporters,we call channels like this “growth channels” and they can be tricky to run. YouTube is…

This video was originally posted on my YouTube channel on 21 Jan 21. The text is brand new.

Back at the start of 2021,we were tagged to share a list of 21 films that we felt everyone should watch at least once in their lifetime. Now while it would easy to bring up IMDb and list all the usual suspects you expect to see on such a list like this,there was a catch.
The catch was you had list to list films you actually owned and have in your collection. Because everyone’s tastes are so varied,the 21 movies that people pick are all over the map in terms of genres,quality,classics and movies that have been just released. The subjectiveness of the lists make for interesting reading or watchi ng.  This was also much harder then it appears to be because as the title says,its…

After not being here for a while,it feels good to be back and to be back reviewing a new horror short film is even better.
“Changing Malcolm” is 10 minute short film about a man who losing not only his mind but his own identity as well to a evilness in him. The question of how and when does a person loses all sense of right and wrong and begins acting out his most brutal thoughts makes for a very interesting character study.
I reviewed “Changing Malcolm” as part of my 31 Days of Halloween (I only made it to Day 18) on my YouTube channel and am posting that review here as well as the short film as well. First is the film…..

Looking back at my old blog and realized I had forgotten to transfer one of our early reviews over. Better late then never,right??? I wrote this in March of 2016.

When it comes to my movie watching,I have only a couple of outlets because of my budget. I don’t buy new releases unless it’s a special case. The last film I paid full price for was “Jurassic City” because my very talented friend Monique Parent had a starring role and it looked like a lot of fun (and it was,see my review!).
The two outlets I use are Dollar Tree (hence Dollar Tree Theater) which is always a hit and miss gamble because you never know when they’re getting new movies in. And their selection is all over the map as well…sometimes it’s a very good batch with a lot of “name” movies that have been released…